“Whatever you do, don’t panic. They feed off your energy.” I smiled and nodded, silently lamenting that this was probably easier said than done. Don’t panic. They’ve been doing this for years. In fact, long before they started offering cage free shark encounters to curious tourists, sharing the water with sharks was just a simple family tradition. 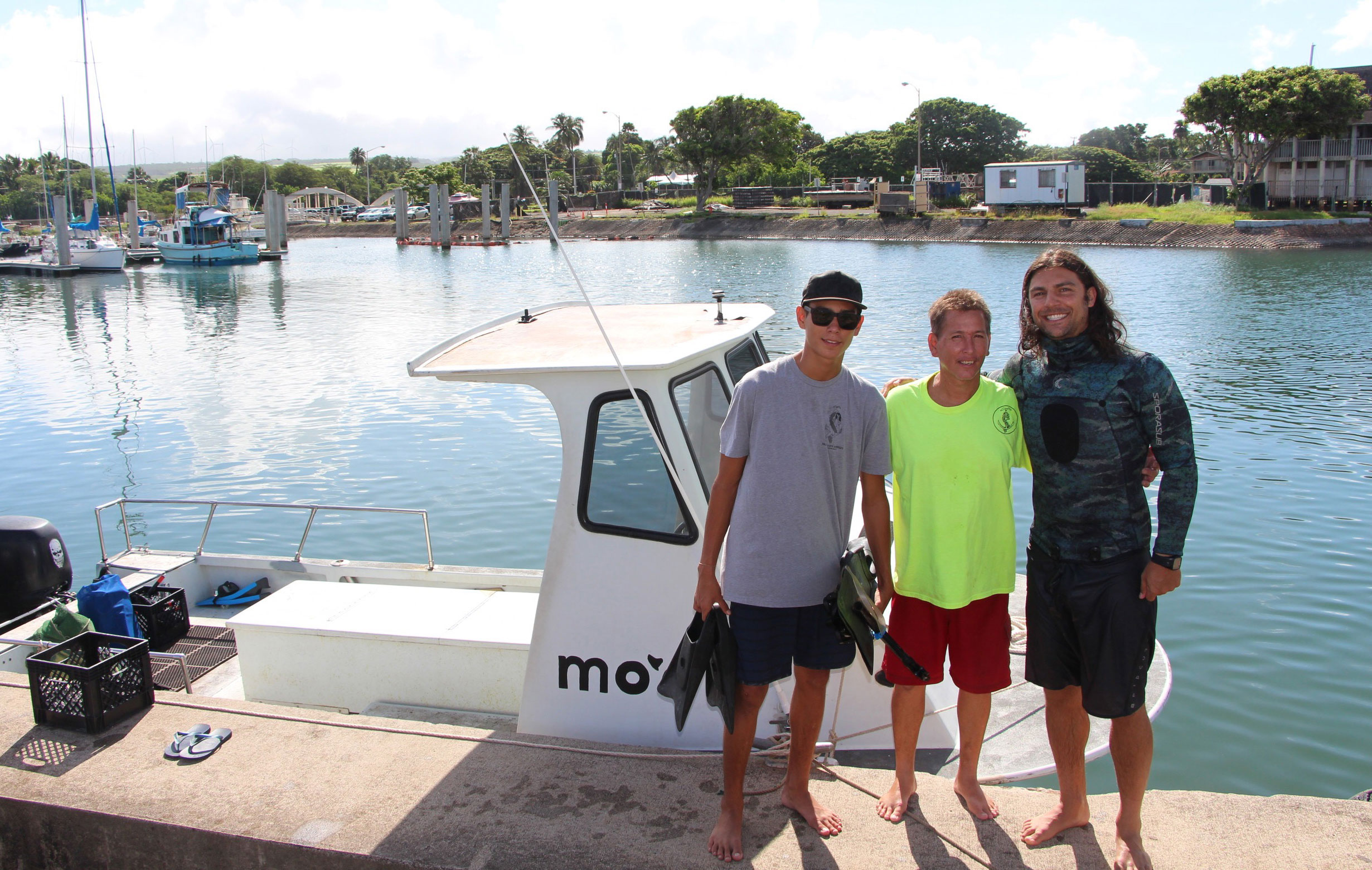 It all began when Kaiwi, the current manager of Island View Hawai’i, would go crab fishing with his grandfather off Oahu’s North Shore. When they’d switch the old bait for new, sharks would swarm the boat, looking for a free snack. The sharks learned to associate the boat with an easy meal, and quickly began following their rig on its trips out to sea. By the time Kaiwi turned 10, he was in the water with sharks on a daily basis.

For Kaiwi and his family, swimming with sharks has never been a threat, stunt or novelty – it’s a way of life. Originally, the idea was incredibly taboo. The culture of fear around sharks and surfing made the idea of swimming with them seem like a death wish. But they knew differently. Kaiwi began to take his friends out into the open ocean, introducing them to the placid grace of the animals as they glide through the deep blue. Slowly but surely, the environment of fear began to give way to respect.

Eventually, an old family tradition transformed into Island View Hawai’i, one of the first shark tours on the North Shorth. Which is exactly how I ended up on their boat, cruising out of Hale’iwa Harbor en route for open water.

It was my turn to learn to respect, rather than fear, Hawaii’s sharks. And as we rode along, learning the ins and outs of swimming with sharks, I became distinctly aware that I hadn’t yet reached the stage of fearlessness.

We were instructed to get in the water quickly, dive off the boat’s edge and follow our guide, Kaiwi’s father, to a comfortable position about 20 feet from the boat. Advised to stay close to our guide – an instruction I was more than happy to follow – we were to do the (unfortunately named) “dead man’s float,” always keeping our guide as a barrier between ourselves and the boat.

I quickly propelled myself towards our guide, nervous, anxious and excited for my first sighting. It came quickly. Over twenty Sandbar sharks moved through the azure below, weaving gracefully through the water, darting curiously towards the boat and rising silently towards our group for a timid encounter. Everything that I’d feared melted away instantaneously as I became mesmerized by their form, their beauty and their calm and steady motion. Albeit these were smaller sharks, not the Hammerheads or Tiger sharks that commonly come to visit, it was clear there was nothing to fear.

It’s far different seeing the animals in their own habitat, rather than imagining haunting scenes from atop a bobbing surfboard. You realize that despite being powerful creatures, they’re in no way inclined towards mindless destruction. And they deserve your respect, not your fear.

After the tour, when I asked Kaiwi what the best part of his job was, he immediately exclaimed that it’s the opportunity to show others the beauty of the island, introduce them to its natural inhabitants and to see the change in people’s perceptions. When it comes to my experience, Island View Hawai’i definitely earned a mission complete.